A military guard at the prison camp at Guantanamo, Cuba, Jan 28 2017, guards a gate at the prison facility.
The guards turn away their faces so you cannot identify them. It is standard operation procedure when pictures are made. When you work as a journalist at the Guantanamo you work under military censorship and all your material is checked every day and approved for publication.
The prison camp on the Guantánamo naval base was the creation of President George W. Bush. The prison camp was considered an important part of the US war on terrorism. Over the years, 779 people have been brought to the camp. 41 people are still detained. Of them, 26 people count as "forever prisoners”, indefinite detainees under the Law of War. Two prisoners have been in the camp since it was opened in January 2002. The last prisoner taken to the camp came in March 2008. The so-called war on Terror and the Guantanamo prison camp have been heavily criticized for violation of human rights regarding torture and habeas corpus.
It is unclear what US President Donald Trump wants to do with the camp, but during the election campaign he said that he would fill Guantánamo Bay with "bad dudes". Photo by Ola Torkelsson
Copyright Ola Torkelsson © 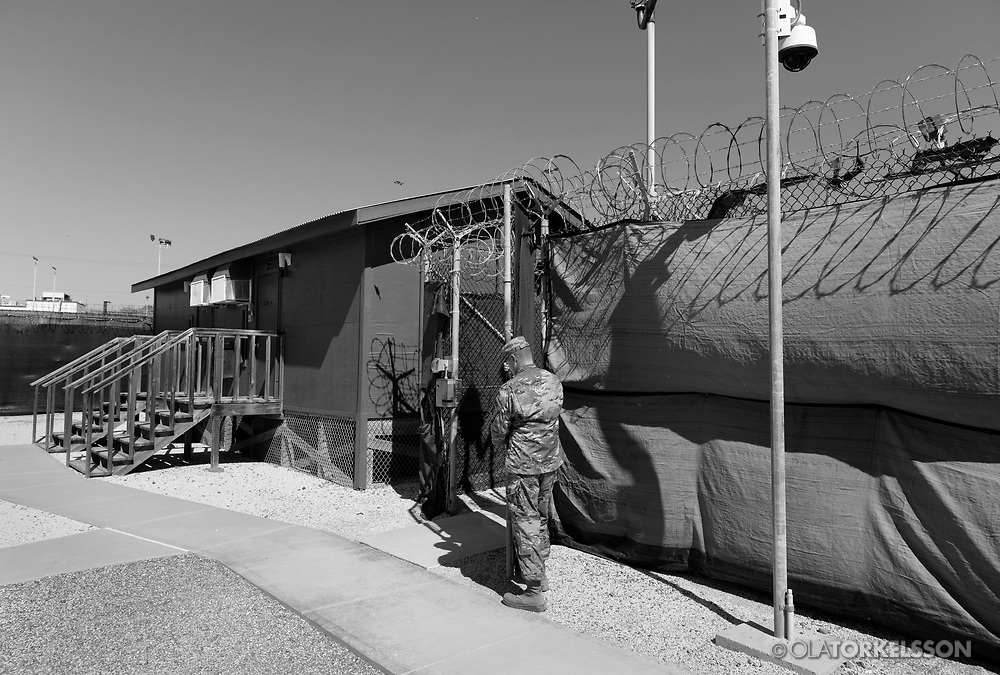